Quick facts:
Who: Lindsay, Isabella, Pablo, Steve, and Ryan - with occasional cameos by Danica and Ramon
When: early 11/16 to late 11/18
Where: Barcelona, Spain!

Most used phrases:
Thanks: gracias
Tapas: appetizers, of sorts. More about these delicious things later.
Donde esta...?: Where is...? The fact that most of my comprehension remained through two years of non-usage is amazing, so I was able to ask for street directions (and understand them!) a few separate times.

My favorites:
Parc Guell: So, you ride the metro a decent ways out of the city. You follow graffiti that tells you Parc Guell is "this way." You walk up some pretty epic San-Fran style streets until you think your legs might fall off. But THEN, you're greeted with this fantastic view of the city - and you haven't even gone inside the park yet! The whole place is beautiful (and I hope someday I can come back in summer) and once you get out onto the main balcony, it's even better. There's mosaic-work everywhere, guys selling scarves and earrings, plus a view of almost every major monument in Barcelona - all from one platform! As a bonus, there was this hilarious pickup band playing, and they were...well, they were nuts. It officially made my top ten list of places within about five minutes.
FC Barcelona Game: We were insanely lucky enough to score seats to Saturday night's FC Barcelona game. They were playing Zaragoza (your guess is as good as mine) and THEY WON! Messi scored two amazing goals, there were a lot of great defensive plays, and we cheered until our throats hurt. The stadium itself is worth a visit - I thought I saw that there are tours available - since it's gigantic and has a lot of old-school charm. But if you have the money to drop for tickets, do it! We paid a fair amount for what appeared to be the nosebleed section, but they ended up being some of the best seats in the house! 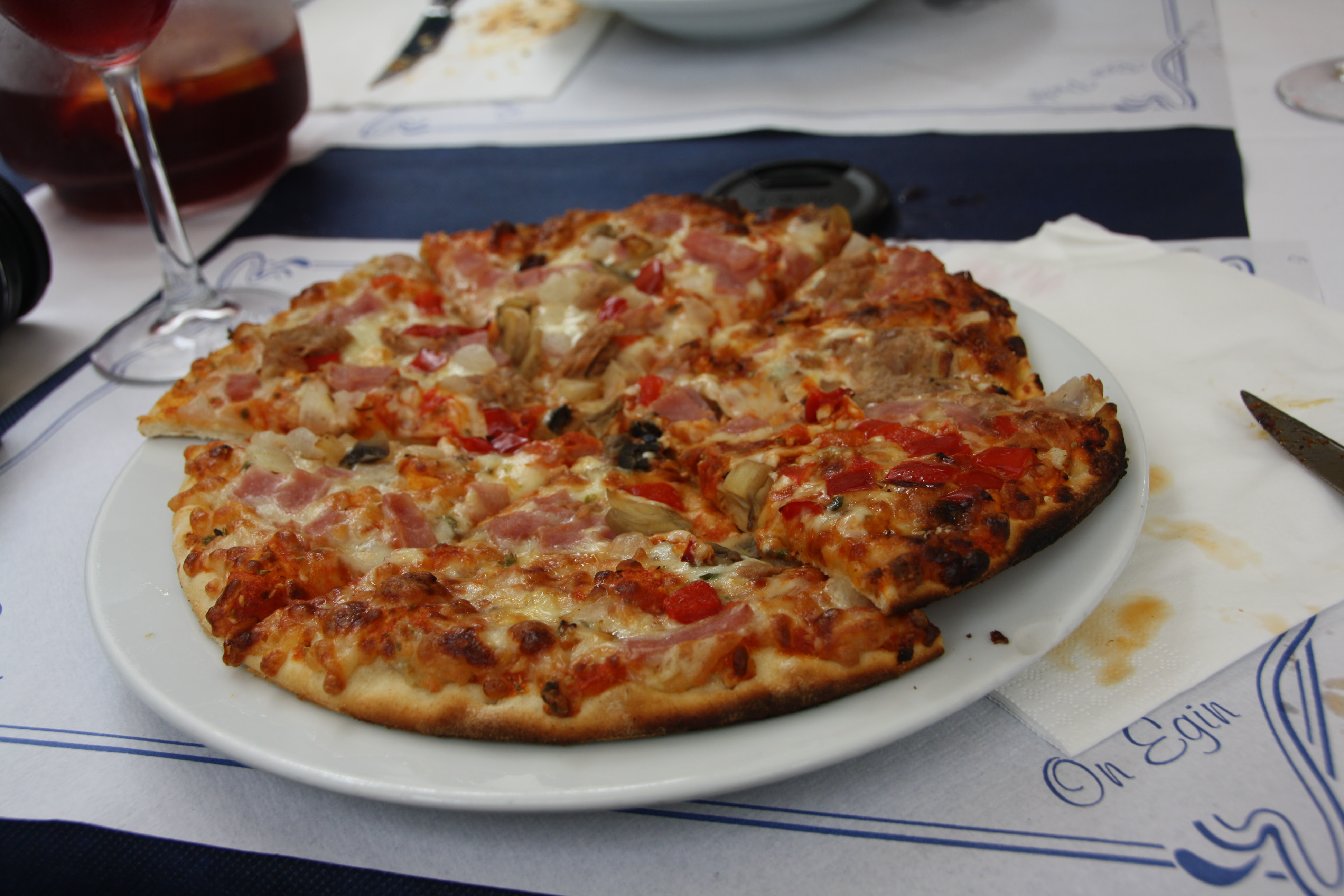 Tapas: I remembered vaguely learning about tapas all through Spanish class in high school, but when something foreign is explained to you in a foreign language...you never fully grasp it. Actually getting to sit down and have a long, authentic meal in Barcelona was probably my favorite thing about the whole weekend - and we got to repeat it time after time! Anyway, tapas are basically small appetizers that are served either before a full meal or as the meal itself. For example, once I sat down at a restaurant and didn't really feel like having any of the entrees so I ordered spicy potatoes, chorizos, and tomato-bread - all of which were tapas. Another evening, we stumbled upon a popular deal where each person chose a specific pizza, pasta, or paella they liked, and then a selection of tapas was brought to the table to share. The second option may have been the best, since it gave me a chance to try all these different flavors that I normally would have shied away from. Regardless, some of the best food in Europe is in Barcelona, so definitely give it a chance!

La Rambla: Another thing that I kept hearing about in Spanish class but never really understood - La Rambla is a long stretch of pedestrian market down the center of Barcelona. There are loads of trees (giving it a green look from an aerial view) and street performers, little vendors on every side, and La Boqueria just off one end. We spent all afternoon on Saturday just wandering up and down the street - great way to spend any extra time you have.

End results: Barcelona is definitely the sleeper hit of the semester - very chill, relaxing, but with a lot of culture and learning mixed in. Now I just really really really need that spicy potatoes recipe...