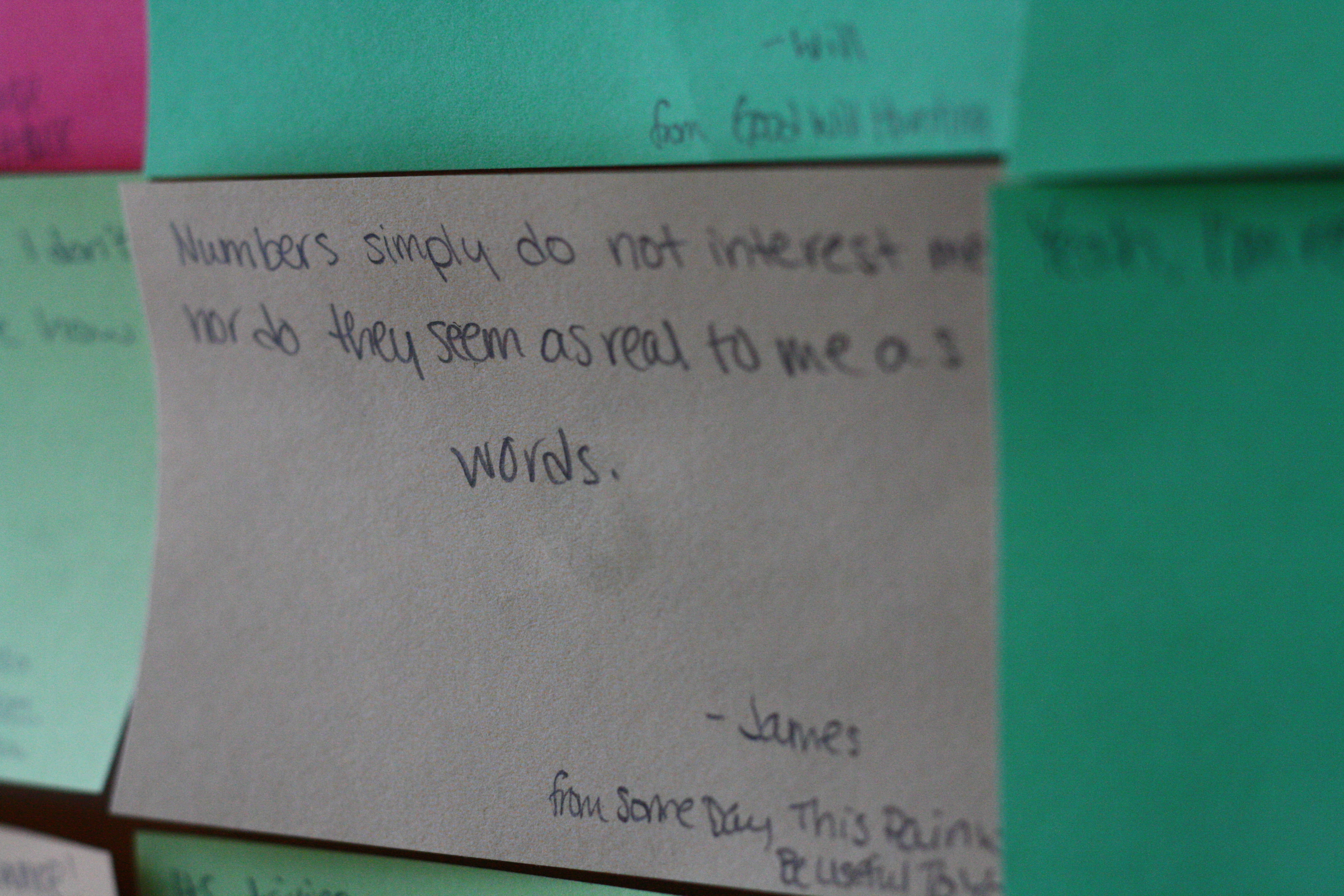 Maybe I'm weird.
Nix the maybe.
I like having my plate a little overflowing. I like scrambling around after class to get to six meetings (not an exaggeration). I like looking at my schedule for a week and heaving a happy sigh at the extreme lack of free time. It's strange, even to me.
I've tried enough times to try and dissect why I like having way too much to do. It's not that I don't like free time or that I say "idle hands worship the devil" (is that how the saying goes?). When it comes down to it...I like doin' stuff. Nothing mind-bendingly hard or frustrating, nothing that I wouldn't WANT to do in some sense of imagination, but stuff in general? I like gettin' it done.
The first few weeks of every semester are always the worst for me, because of this reason. Syllabus week is a slog of having teachers try to press upon you how difficult their class will be in the upcoming months and how you will have to devote many hours of both homework and class time just to grasp the material. (Sidebar: I've always hated the imagine of "grasping" the material. The image is that of Grawp from Harry Potter snatching at humans and accidentally crushing them. I'd like to cradle or stroke or coddle the material. Too much to ask?) After all of those lovely professors telling you you're not smart enough to be in some entry level lit class, you get to go to introductory meetings for all your extracurriculars where the newbies are being brought into the world of music, writing, etc, and get to say your name, major, and year of graduation so many times that your tongue goes numb. THEN, you get to go home and answer a million emails about things you don't really care about. And then you probably call your mom.
Didn't mean to make that so much of a complaint, but I guess that's what happens with word vomit.
Anyway, what I'm saying is, I'm almost too excited for this semester to vamp up. I have a weird (but good-looking) batch of classes, kickin' clubs, and a few random people that have erroneously decided it was a good idea to be involved in my crazy life. Good hangs with good people, basically.

Anyway, just a few things I'm excited about this week:

lunches lunches LUNCHES?!!?: Last spring semester, I got swamped. Usually I'm at least an "okay" to "meh" at keeping myself from getting insanely overwhelmed, but I tipped off the scale. My schedule was PACKED. No time to see anybody except if they happened to be in class or in a club with me. So, I developed a long-held business strategy: eat with people. Great excuse to see them while also getting necessary nutrients. Since then, I've just stuck with it, seeing people because of coffee and spicy BLT wraps. (Reasoning for all caps and exclamation points: sometimes I realize I have an open eating time with fifteen minutes to spare, so I've been known to scream-text people asking them to sit with me. Just roll with it.)

Maybe getting my new Kindle Fire to work?: A friend was selling it for cheap so I snatched it up - only to be told a] it will never work with my school's wireless b] my Amazon account is no longer working and c] yeah you aren't ready for a kindle fire. I'm struggling through it but it might be a while before I actually get a book onto that thing. (Also, has anyone ever used an Amazon Prime account? Apparently I get a free month and I'm wondering what that means...)

Quidditch and other flails outside!: Yesterday I tried out for the community world cup team The Boston Riot and it was...well...a riot. Thirty college kids in ten degree weather running around on broomsticks? Fun for all! If I wasn't so busy running and beating (but mostly wheezing...) I would've taken a few pictures. Don't worry though, a mega quid-post is in the works!

Writing with a chance of more writing: I'm in a lot of literary extracurriculars. Like, a lot. Like, a lot of editing and a lot of drafting and a lot of me sitting at my desk playing with the few Euro coins I have sitting around and NOT KNOWING WHAT TO TYPE. Rough life, I know. At any rate, it's setting me up for the career that I will (hopefully) get a job in, so I can't complain too much. Though I have no idea how I'm going to write an article in a week. Oops.

Reading my writing teacher's new (to me) book!: THIS ONE I am pumped about. A few years ago, I went to yet another writing camp and spent two weeks scribbling on white boards, jumping in fountains, and sometimes getting a spot on the radio. In between all of those shenanigans, I sometimes wrote. My teacher (mentor, awesome person in general, etc) was one of the best writers I had ever gotten the privilege to meet in person and had a scattered but profound in-class personality. At the Open Mic for Teachers, he got up and read the first few pages of what he called "one of those long projects that most people consider a manuscript" and I fell in love with his writing. Only a day or two after that, he got a call from his agent and was able to announce that his "long project" was about to turn into a book. Muted glee, I tell you. Anyway, my camp friends and I have been stalking watching the book's progress and it finally got put on Amazon a few months ago. I've been saving the money and finally was able to buy it and promptly whizzed through the first fifty pages in one sitting.

Anyway, sorry to blather for so long but hey, it's been a while! Have a happy start to your week.