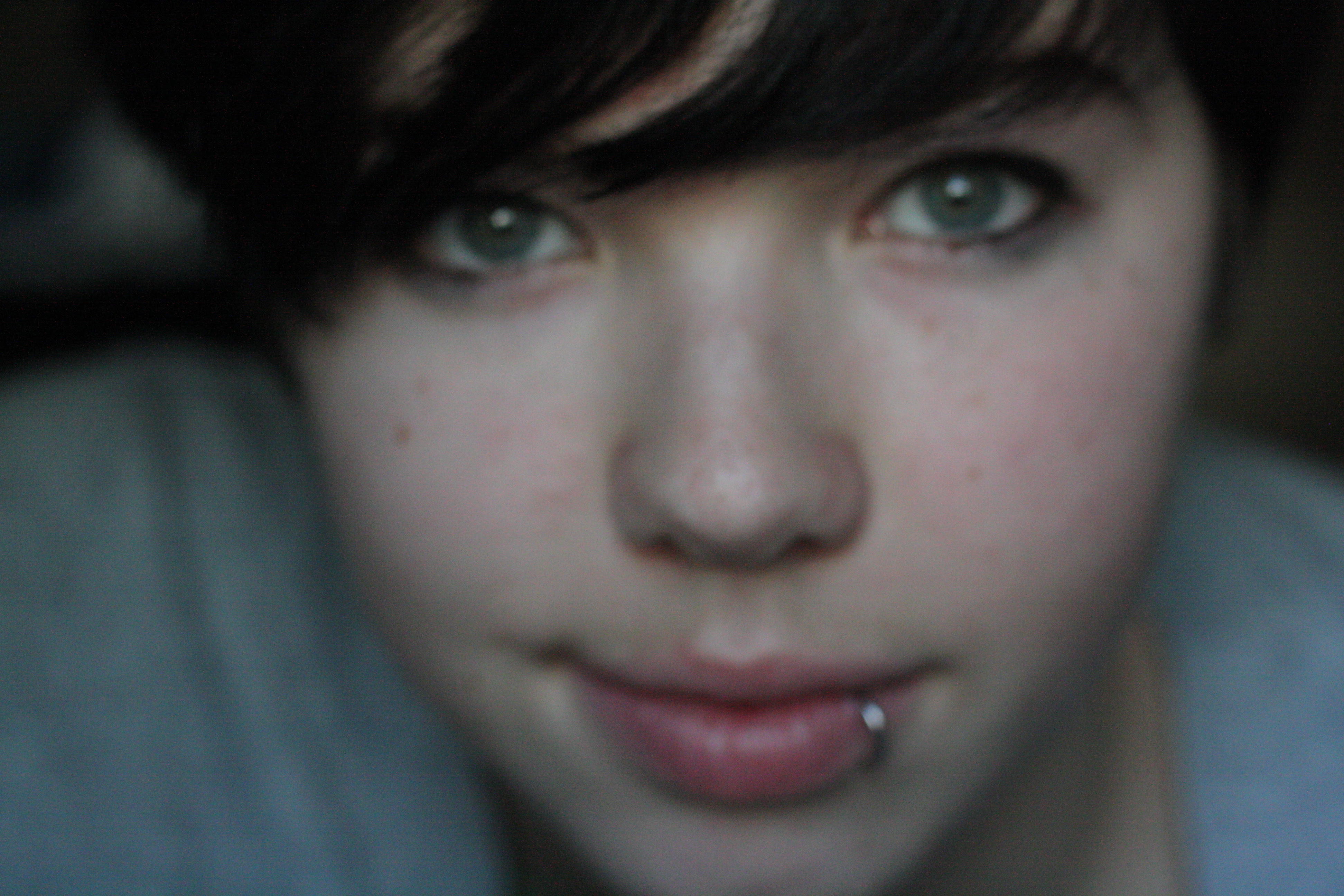 finally getting back to self portraits...this one's blurry but...I like it. :][/caption]

I didn't think it would get this far. I really, really didn't. I thought this would be one of those stupid ideas I get over the summer like buying a strapless swimsuit (why would you ever) or not taking the time to buy good sandals (also: why). But somehow, it lasted. It lasted all through summer and all through fall and now it's chugging through winter just fine. But I have to say thank you before I get carried away. Thank you, for everyone who's read a post. Thank you, for all you fools that have ever put it elsewhere or thought to like any of my statuses about it. Thank you, all you dear commenters who make my day. Thank you thank you thank you for giving me a push to keep this silly thing going even when I'm not thrilled about it. It's a blog for me, but it's a blog that I choose to share with the world. And this little world of mine is just too giving and wonderful.

Anyway, sorry for all the blargles. But it's true: this marks my hundredth post on Sometimes Z Takes Pictures. CRAZY?! Yes I do indeed think so. At any rate, I've been dancing around what I should do for my 100th post for a while now. Some people have done 100 fact lists, 100 pictures about them, etc...those are appealing but I felt like it would be more work than I thought was worth it. So instead, I thought a round up was in order, especially for the few new readers that might not have been with me since the beginning. (aka everyone except my mom - Love you mom!!!) Ideally, it would've been ten posts...but I had to expand to fifteen. I just had to! And this isn't necessarily my "favorite" posts...more like my most memorable or the ones that I thought best explained me/my blog. So scroll through, click through, whatever you want. Here they are, in chronological order:
Why Turning Over a New Leaf is Stupid (Aka Why I'm Doing it for the Last Time, I Swear)
This was my first-ever post and was basically a letter to what I thought this blog would turn into. I'm so proud of sticking to my "I'll see where it goes" attitude and that final paragraph I've permanently stuck in my About Me for everyone to enjoy. Talk about weird. 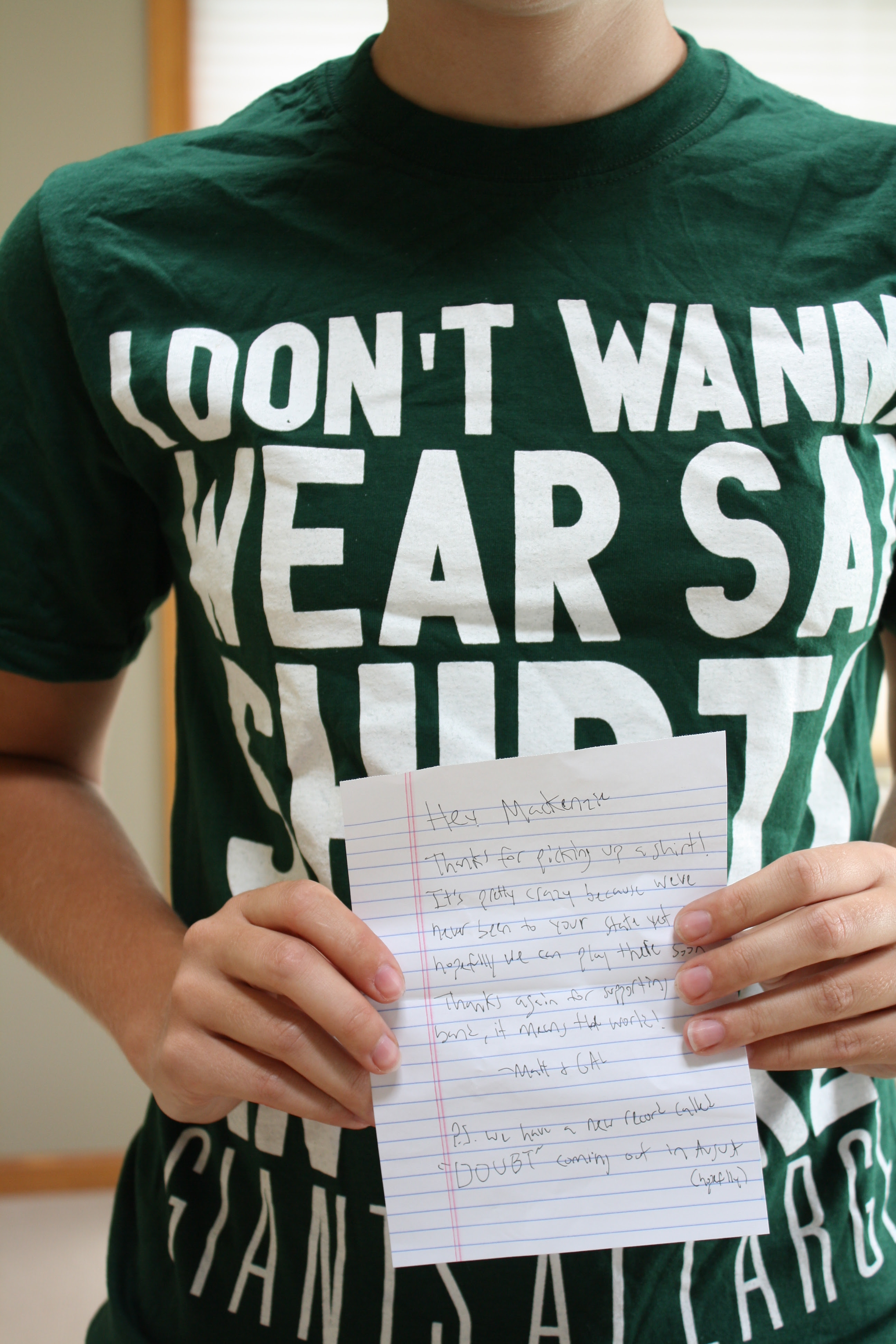 If You Have Less Than a Thousand Followers, Chances Are I'll Like You: Why Startups Hold a Special Place in My Heart
Around this point in the summer, I was REALLY sick of doing album reviews. (that was my entire internship. And I learned to hate it.) I still wanted to write about music, but not in such a this-and-this way that I was being forced to. So, I got a letter in the mail with my new shirt order from a startup band and ran with it. I still have the letter (and the shirt, of course).

How in Hell's Kitchen Do I Dice a Tomato: That One Time I Tried to Cook
This might stand as one of my all-time-forever-favorite posts. It's honest, a little weird, and talks about food. All of these add up to a pretty straightforward version of me. 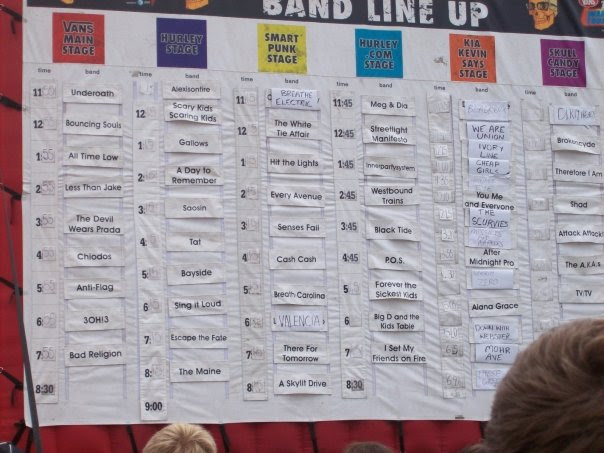 An Open Love Letter to Warped Tour
Sometimes people get frustrated when they write about the same thing over and over again; that's not really me. I write about Warped several times a year - usually sometime during the winter when I miss it, a dump of what I did right after it happens...and then something like this, right before I go for the millionth time. I was able to pour out a lot of memories in this post and I feel like it fits what Warped is.

How Do I College Ed. 3: Freshman Fact Sheet
My top four most-read posts are my orientation expose (that's next, don't worry) and all of my How Do I College series. I wrote them on a whim since I was sharing so many tips with my orientees and figured I might as well publish them for more of my college-bound friends to see. Anyway, rereading it makes me want to write about college more...we'll see what happens.

A Open Love Letter to My Lake: Saying Goodbye to My Hermit House
Definitely a sleeper hit in my book. I wrote it on a whim since I wasn't really sure how to tie up my time there this summer. And, my mother was right: I do miss it. It was lonely, boring, repetitive...but it was such a different summer than I was used to. By far, it was the weirdest juncture in my life and I'm glad I had a place to experience it all. 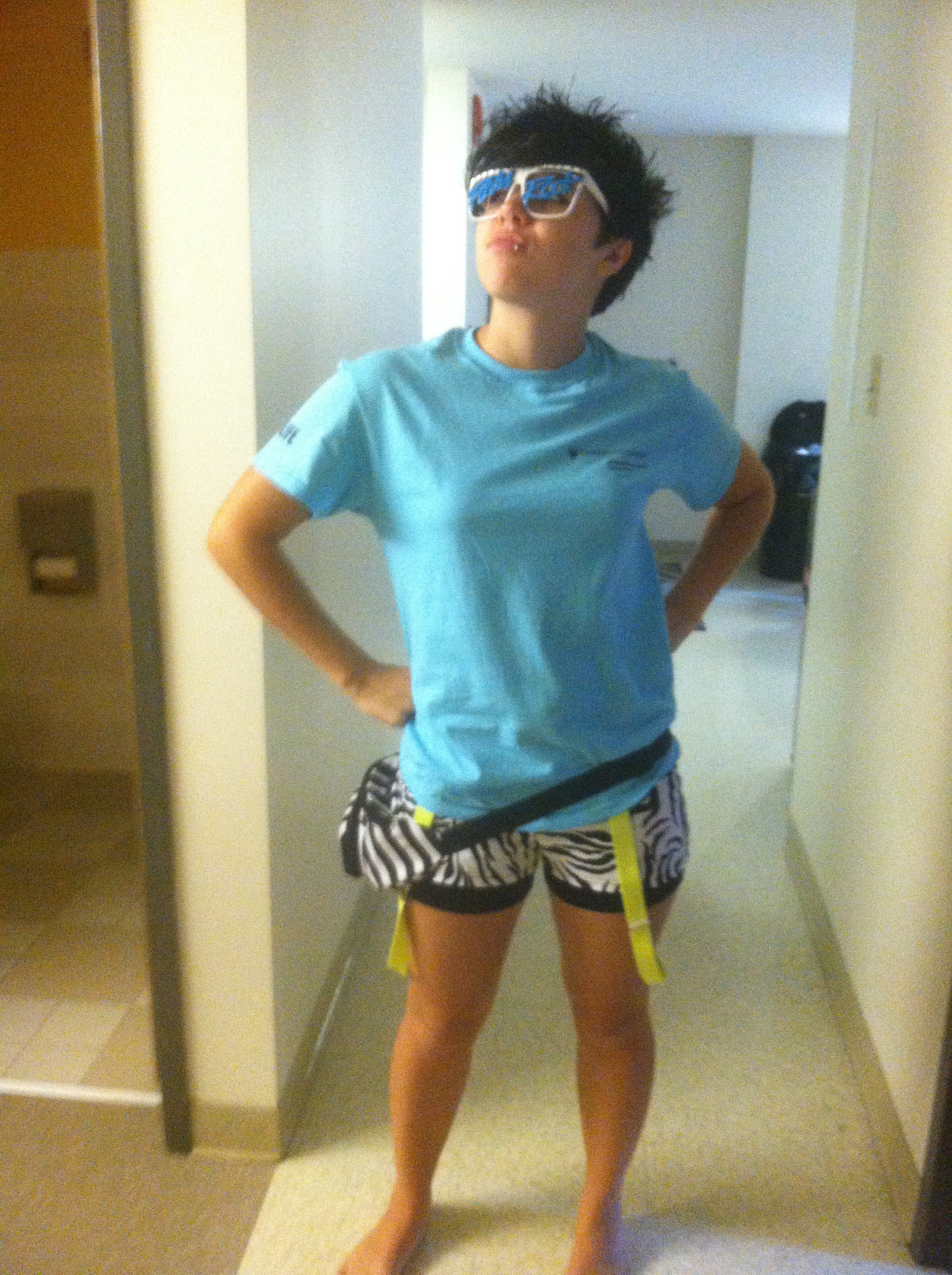 Booty Drops, Fairy Wings, and Glitter, Oh My!: My Week of Being an Orientation Leader and How It Might Be the Best Thing I've Ever Done
I wanted to write something to capture the different-ness of Emerson's orientation program, but wasn't quite sure how to phrase it without making it seem overdone or fake. I hope other future college kids can read this and know that orientation is just a strange time and to roll with it. All of it. Whatever 'it' ends up being. You know.

Culture Shock and Croquettes: When I Ordered Wrong at a Restaurant and Realized Just How Much I Can Hate Myself
The title's a bit dramatic, but I wanted to include something about the weirdness of being abroad. It's such a strange feeling to try and explain to people. I thought this scene was probably the best representative of the strangeness...plus it includes croquettes. Which are really really weird and completely worth trying.

Fruit Ninja at Midnight: The Little Things in a Place Far, Far Away
I got so burnt out around this time - traveling every other weekend, getting my butt kicked by midterms, dealing with people in general - it's a rough time. However, when you're completely overwhelmed sometimes the best parts come rushing out. Plus I think the fact I turned to an iPhone game for comfort says a lot about me.

Tired Legs, Swollen Eyes, and One Heavy Heart: Nine Days of Traveling and What It Does to Me
Similar vein as the last one - I was plum out exhausted and had no idea what to write about. London was amazing but also one of the more grueling trips. I knew I needed space before I wrote up a Henry piece but I still wanted to tell everyone what I did! This weird hybrid ended up being one of my favorites. 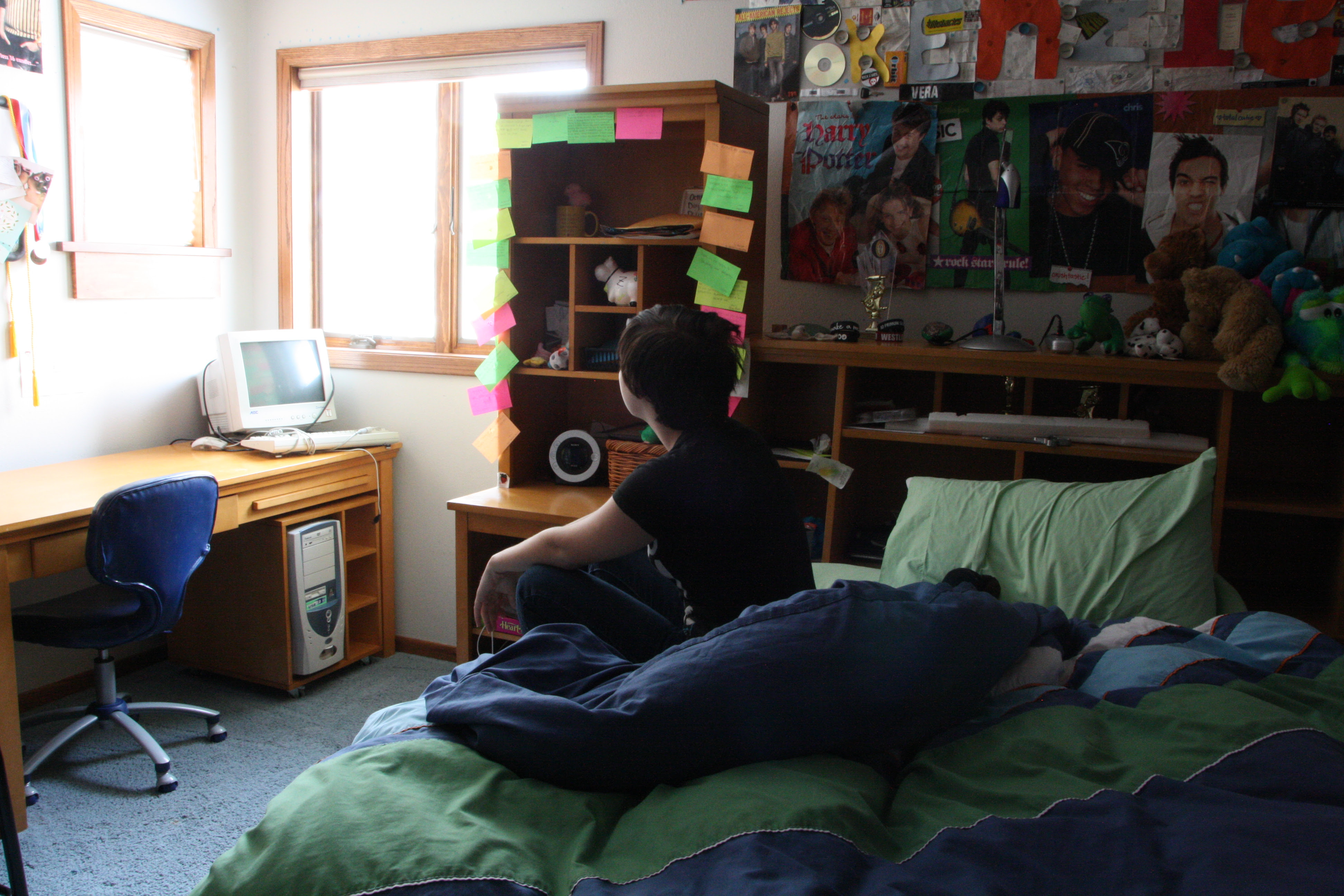 A Playlist Made by Just Typing 'Home' Into Spotify: A Few Thoughts on Being Back and Forth
My most profound memories come from half-blindly scurrying through random countries, and coming home was no exception. I seem to have more memories about slugging through the Amsterdam and Boston airports than of some weekend trips. It's one of my barest posts yet, but the emotion comes across. Plus this marks when I figured out how to do Spotify playlists, so there's that too.

Well It's Kind of a Funny Story: One Last Snow Covered Walk
Oh, that Sunday. Accepting we were going home. Parts of us wishing we could stay, others yearning for a night in our own bed. All of this and loads of beautiful snow.

Run Forrest Run: A Brief Run-Down (Get It?) Of Why I Hate the Gym and Also a Playlist
This was mostly just a silly rant about how ridiculous it is to work out at small town YMCA's but also a precursor to my later post about running in general. I missed it so much while I was abroad and it was one of the small pleasures (and pains) to come home to. 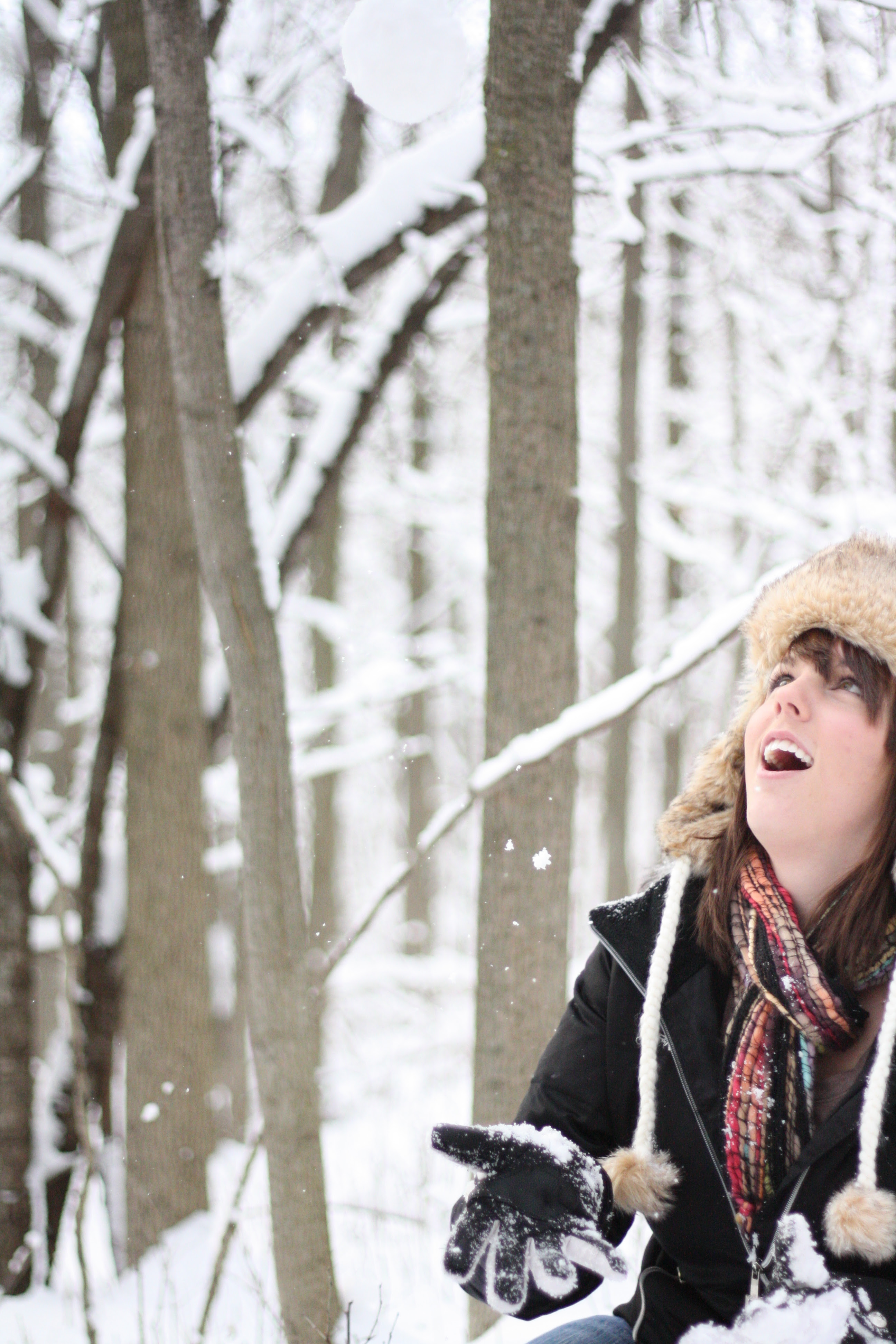 Mackenzie and A Lot of Words: Something That Was Supposed to Be Just a Photo Dump But Turned Into a Rant About the New Year
It started with me just being really pleased with these pictures. The snow was perfect, Mackenzie's a dream to photograph, it all came together. Then, while I was uploading them, I started typing out a few thoughts and it turned into a full expose on how I feel about New Years. Not exactly complaining.

Fist Pumping and Whispers of Glee: How to Say 'YES!' to Life
A cute moment that turned into a cute post. Sometimes you get a quick glance into someone's life that changes your whole day - I was lucky enough to catch this guy at a great moment.

There they are! It was an awesome experience going through and picking out all of them, and it was hard to choose which would make the cut. I ended up not including a lot of ones that I cover in series (Adventures with Henry, Tunesday, the like) just because these posts are much more individualized. Thanks for sticking through the whole thing, and here's to another hundred. :]