Where Do I Go Now?: How to Decide on Destinations Okay, I don't know your trip. You may be jetting in for a week's stay or you could be on your hundredth day backpacking. In Europe, the line of "short" versus "long" trip is blurred. I once met a couple that was traveling from Boston to Dublin for a long weekend (whaaaa?) as well as a guy who was spending his life savings drifting around the continent, and happened to be halfway through a two year journey. Thus, I am not one to tell you where to go and not go. By all means, travel for all kinds of different reasons. I'm just here to help you narrow down. Here's a bunch of different reasons to travel to great places.

travel for...history!
I am borderline obsessed with World War II history. Every time I had the chance to visit some kind of museum, I jumped at it. I've been to Anne Frank's house, Auschwitz, and Stasi headquarters, and found all of them to be haunting but very informative. But, you don't have to go to a place just based on landmarks or museums. Almost anywhere you go in Europe will be steeped with history, so decide based on that. I found the Holocaust Memorial in Berlin much more interesting than some of those museums. Walking tours are also some of the best ways to get to know a city (Adam in Paris!!! Adam in Paris!!!) and usually there's a history portion.

travel for...cheap!
Not gonna lie, if you plan on spending a semester abroad, it's going to sink you some cash. BUT! You can definitely minimize how much. Chelsea wrote an excellent post about this (and I plan on writing a similar one), but the short of it is that you can find great deals. This being said, there are definitely "cheaper cities" that you can travel to, which makes your life a lot easier. Here's a great list I found the other day - Budapest was one of my biggest "wishlist' cities that I didn't manage to fit in my trip. travel for...food!
Yo. I like eating. I ate some of the most diverse meals in Europe - everything from sprawling tapas dinners in Barcelona to street baguettes in Paris. One of my best meals was this gnarly chicken sandwich I got from this 24 hour food hut in London. What I'm saying is - you can't make a bad choice. Hands down my best food place was Italy (I still can't speak of focaccia without crying), but there are a lot of alternatives. Also, depending on the ethnic makeup of wherever you're visiting, you can find awesome foreign food where you least expect it. (Apparently there's great Thai food in Berlin...who knew.)

travel for...entertainment!
Fun fact: Berlin is the clubbing capital of the world. I did not know this boarding the plane there, but whew did people come back with some stories. While I don't recommend boozing your time in Europe away, I will say this: If a place is known for something...then do that something. One of my favorite things in London was seeing two West End shows (their equivalent of Broadway). Both pieces were brilliant and you can usually snag student tickets pretty cheap. (We scored both for fifteen pounds total...yes, that is me boasting. FIFTEEN POUNDS, PEOPLE.) Depending on your own preferences, nightlife in every city is pretty interesting so make sure to check it out!

travel for...bucket list!
Let me say this: there is nothing wrong with wanting to see something for the sake of seeing something. If you just really want to see the Leaning Tower of Pisa, go for it. If you are super jazzed about Big Ben, by all means make the trek. I was never a huge person into big-ticket bucket list items, but recently I've seen a hefty amount of "tourist shaming" going around. It is your trip, thus: it is completely your decision what to do with it. Someone is not "indie" and "special" for thinking the Eiffel Tower is overrated.* Do your thing, doesn't matter what someone else thinks of it. 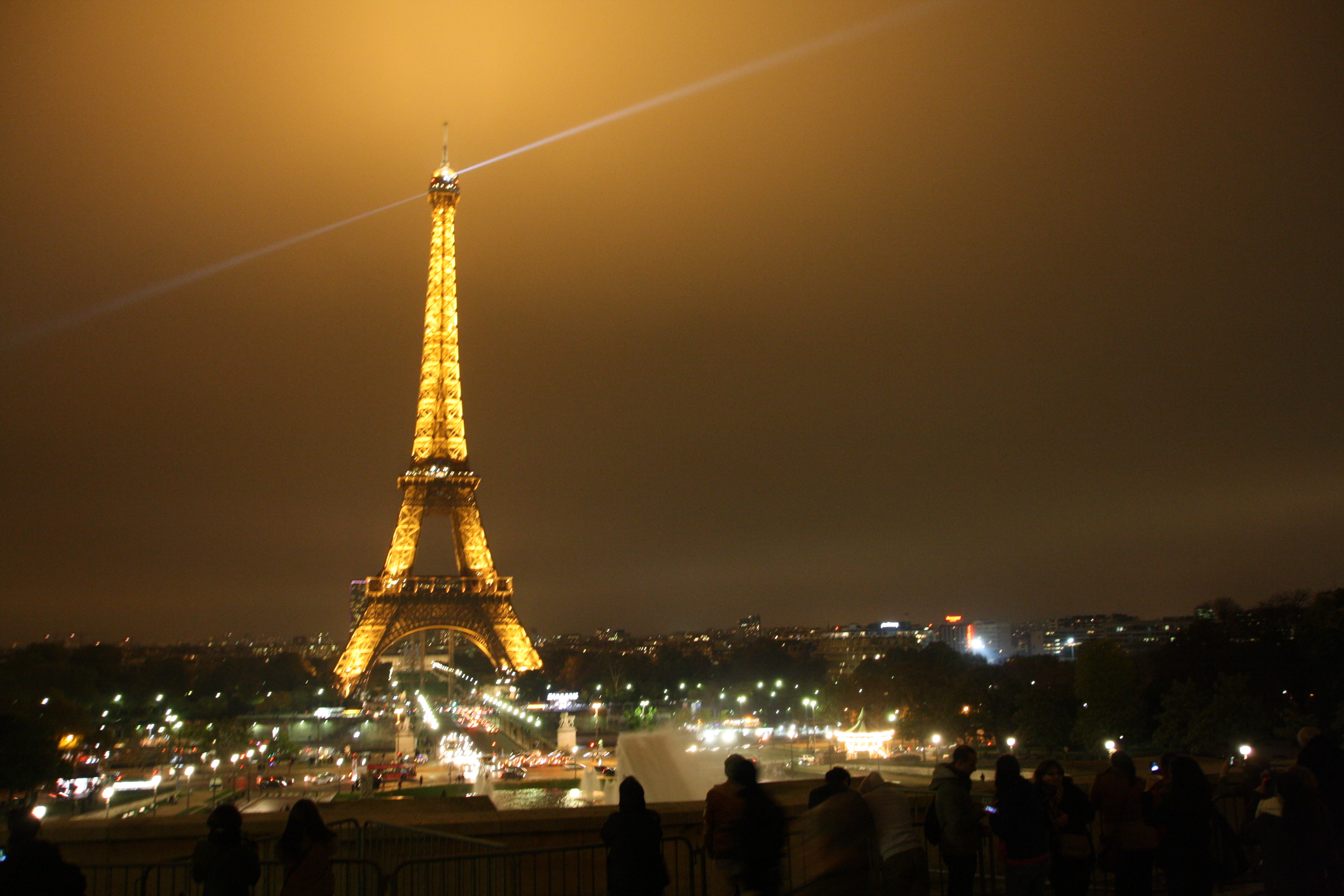 *the Eiffel Tower is in no way overrated, it is a giant awesome masterpiece that is 300% worth seeing. Just saying.
[photos are from Barcelona, Cinque Terre, and Paris, respectively.]

Labels: how to, travel