Seven Reasons I Am Not an Adult 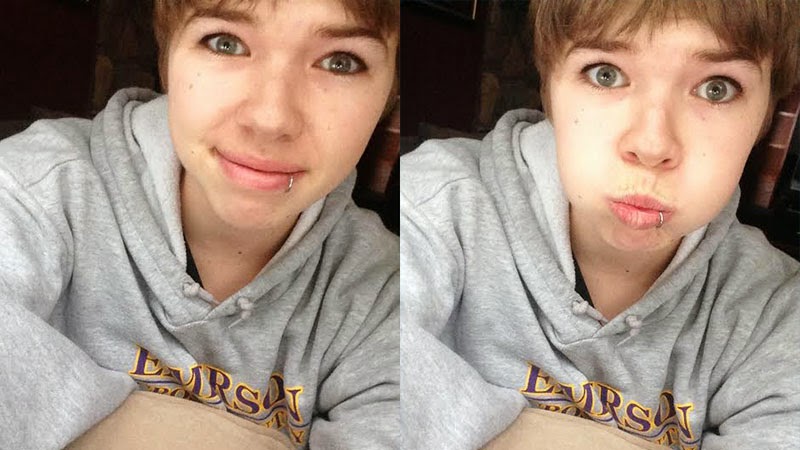 What with returning home and living in my parent's house again, I've realized something: I am not an adult. Living on my own and going to college gives you the illusion that you are a grown human, but I'm not. With quiet reflection, I've whittled it down to a few select reasons why I can't be classified as an actual adult.

I take way too many selfies.
Like, I know this is the "selfie generation" or whatever (sound of dry heaving in the distance), but I take a ridiculous amount of selfies. It's probably good that snapchat is on the way out, cause everyone's probably getting sick of my face. (Just kidding, no one could get tired of this face.)

I forget leftovers.
I make delicious food, then either forget to put it away or forget to eat or just leave it rotting in the fridge until some unsuspecting roommate discovers an entire hunk of something that looks awfully green... And speaking of food, I stick mostly to Trader Joe's frozen meals and deli chicken sandwiches. You will not find cute recipes on my site. Well, you might find a few awesome ones but they'll all be variations on something with barbeque sauce.

I don't wash my face.
Well, I do. I bought my first bottle of facial cleanser (last month) and sometimes I remember to do that whole three minute routine. But like, my skin isn't where it's at. I often forget to wash off the neon blue eyeshadow from a Thursday night and have gone to academic meetings the next morning with it still on.

I don't match my socks.
Like, I don't own matching socks. They're all multi colored and have ridiculous designs and generally they stick out of my shoes and it's just ridiculous. My mother, bless her heart, bought me three pairs of crew socks as a present and I found myself having to buy a fourth pair so I could mix all of them up.

I talk to inanimate objects.
Yup, that's right. I apologize for bumping into chairs, I yell at beer pong tables for not giving me enough bounce, and I have been known to sing to my bed on more than one occasion.

I binge-watch terrible television shows.
Everyone has their guilty pleasures, but I have...several. Say Yes to the Dress is a borderline addiction, Girl Code is hilarious but still counts as "trashy tv" in my book, and I've seen every episode of Bridalplasty. Twice. And when I want "engaging" and "cultured" television, I turn to Arrested Development. Let's move on.

whenever my friends tell me exciting news, I bark at them.
I really wish I was kidding about this one. It isn't so much as a bark...maybe more of a yip? Similar to sounds in the What Does the Fox Say video. Also I will occasionally scream "CHALEEP!" if I see something exceptionally exciting. My professor once heard me doing this while waiting for his class to start, and panicked because he was sure there was a dog outside.

What are your reasons for not being an adult?

ALSO: AN AD SALE!??!? That's right folks! The next THREE people to use "notanadult" get FIFTY PERCENT off any ad in my shop. My 'Big Guy' spot is booked up until Jan 4th, but everything else has openings! (And you can always reserve spots for next month...wink...)